Is it possible to revamp the world of home-style cooking food outlets which has lately stooped to the level of oilcloths and the rattle of bottled drinks?

I still don’t despise these establishments, even though their allegedly domestic food made mostly with flour and lard goes entirely against modern dietary standards to say the least, yet nostalgia cares not for the concerns of science. They cook the vegetables in meat soup to a pulp, the bread crumbs are drenched in fat, the vegetable stews are loaded with flour, yet we still insist on them, mainly because they can be enjoyed at a favorable price, on a rickety old chair, like a regular. Just like the good old times at home.

Whatever’s on the market is on the Board

It seems like while a place positioning itself as a bistro or food outlet can flounder in a floury, greasy, paprika and sour cream-laden medium, a new place like Tábla (Board), for example, can’t afford to follow the above-listed traditions, even if it bears similar traits. The name of Tábla itself is a commitment as well as its chef, Gábor Fehér, who soon realized that it’s a good idea to back up his “one-man-show” type studio restaurant with its bistro version. There is no way the name of Tábla, or Board, could be more explicit since it’s the quintessential bistro: a current offer of dishes listed on the board, comfort food cuisine of seasonal ingredients with a “whatever we happen to come across at the market” approach.

Few tables, clean lines for the interior, raw colors, and a homely atmosphere, yet without any frills, a functional space of fast, to-the-point dining, is how one might describe Tábla. The proximity to haute gastronomy and the guarantee of the obvious presence of the chef raises expectations even towards the á table fare on offer. Pans and a French stove. No need for anything else – apart from a blackboard. There’s some green pea stew on offer, which could not be a market option, since fresh produce is not yet available, yet this can be forgiven since the proper handling of frozen goods sometimes has even more to offer than their fresh variants. There’s veal fillet with roasted potatoes, mushroom sauce and fresh salad. A lovely selection of mushrooms with ewe cheese ravioli and of course, meat soup.

The soup has dark tones, which follows the current Asian trend, with a deep flavor which however, pales in comparison to the great essentials, yet it has no need to cover such ground as it is ample fare, compensating with the crunchy freshness of its pak choi. It offers tender, regularly cut strips of chicken breast which mirror an obligatory ambition for perfection, yet when it comes to meat and chicken meat, it would be better suited with leg meat. Yet the white sheen of breast meat is indubitably more elegant.

The green pea stew with fried or boiled sausage would be reminiscent of the classic, yet sentimental world of cafeterias, if it hadn’t sold out right in front of me. I switched to veal fillet without hesitation. This was the hit of food outlets and bistros, if they managed to get their hands on any, and the regulars were alerted of its presence by the blink of the owner, without listing it on the flimsy menu created with a worn-out ribbon typewriter. They ate the under the counter dish as clear proof of the looming end of socialism. The food was more delicious this way: the distant glimmer of freedom didn’t tarnish the privileged sense of the present moment.

There is nothing wrong with Tábla’s veal which ends up on the plate in near-perfect readiness, with perhaps a few traces of some rarity, yet this is more a question of taste. However, it could have used some large grain salt. It is accompanied by fried potatoes prepared with technology appropriate to the basic expectations with the unnoticed presence of pale mushroom sauce. Despite its wan nature, it has a welcoming taste and I can’t decide whether a sauce with an intensive color and flavor made from properly sautéed mushrooms would have better suited this tender, exposed slice of meat. I would feel the question is especially justified if the intermediary dish wouldn’t have featured such lovely browned mushrooms, yet they did – the openly piquant ewe cheese with its lovely acids combined with the singed mushrooms was a new pinnacle in bistro fare.

To briefly answer the question raised in the introduction: yes. We should have more such conscientious kitchens based on personal taste to dispel any worries of running out on peas. 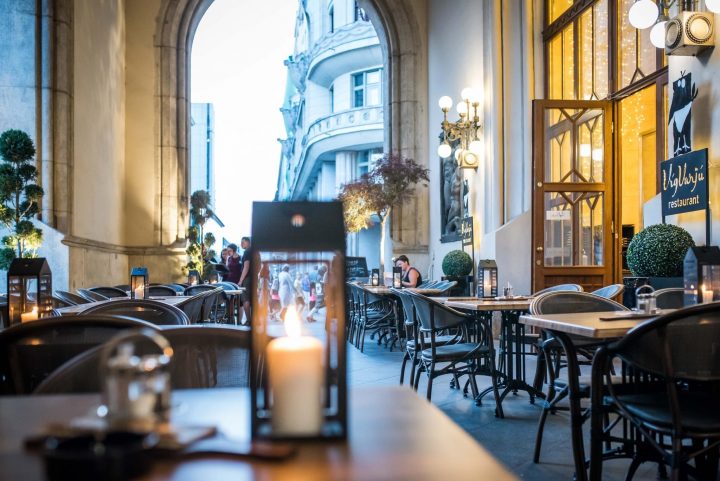 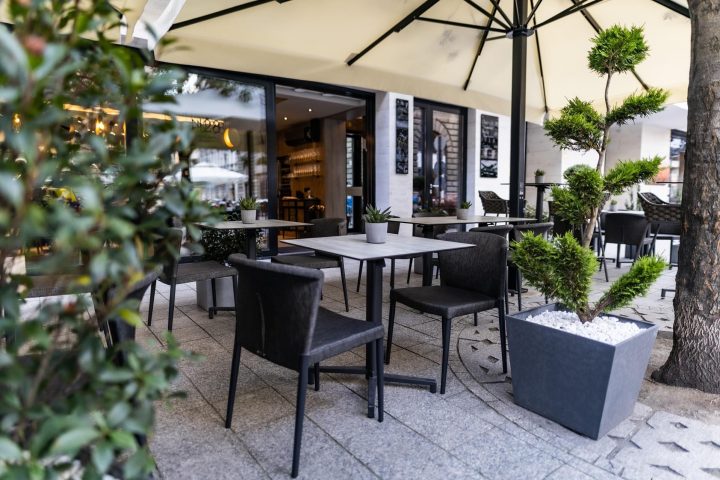