“I ate the best goulash soup in Szentlőrinc, outdoors at Miklós Szemere’s target practice festivities. It was made from four different kinds of meat, sirloin, loin, roundtip roast and steak. There was no need for any flank steak, brisket or bones. Yet there was a time when one could also purvey a fine goulash soup at the railroad establishments in Püspökladány, Miskolc, Kanizsa or Szombathely where the trains arrived at noon and one was in a thoroughly shaken state.” (Gyula Krúdy)

Over the course of history, several attempts were made to identify Hungarian gastronomy – and in fact, Hungary itself – with goulash soup. This first took place during the reign of Joseph II as the monarch’s reform efforts jeopardized Hungary’s legal independence. The protection of the Hungarian languages dates back to this age when Hungarian clothing was also used a device of resistance, just as the way a shepherd’s dish from the Great Plains, “goulash meat”, was elevated to the status of a national dish. It didn’t matter that the paprika-laden, bright red dish wasn’t truly Hungarian at all, particularly due to the paprika, which was a challenge to include in the Hungarian national canon. Yet this didn’t matter: apart from the relative currency of the dish, its greatest advantage was that it was considered a dish from the ‘puszta’, the Great Plains, and didn’t fall victim to the growing German influence in the Transdanubian region – at least not at the time.

It’s odd how national identity can resonate with gastronomy. This blood-red paprika stew or “goulash meat” which symbolized the resistance and the edgy Hungarian noble temper and bravado was the first attempt to win the appreciation of a foreign country with a national dish. The next time they intended a similar role for dishes claimed to be Hungarian, was for courses created on the occasion of the Brussels World Fair in the fifties: the Carp à la Brassó or Dorozsma, the Hortobágy Crèpes or the Mátra or Carpathian fried pork chops, the latter of which was a kind of bashful irredentist hint or counterfeit creation to prove the origin of the borderless Hungarian gastronomy; yet it later kept its milder attribute of Mátra.

These creations referring to non-existent traditions were an attempt to imitate a regional gastronomy of non-discernible continuity. The region in question was mostly unaware of such a course. Yet within a few decades, the dishes in question spread like a virus and are currently flourishing thanks to the protective efforts of local patriots who seek to reinforce a conscious identity with false legends lost over time. Whilst during the course of Hungary’s history and its tribulations, it integrated numerous external gastronomic influences, thus creating its own particular cuisine, habits and dishes, it was precisely the separateness of Transylvania which allowed it to preserve culinary traditions for the longest time and are considered to have an untouched, Hungarian origin. The same could be said about folk music. Although the Transylvanian culture is also of a mixed nature, it clearly displays the various layers of influences like a nicely sliced, multi-layered cake.

Originally, goulash meat was not an actual, long-winded dish but rather the way simple shepherds prepared their meals outdoors. It is most reminiscent of the current-day stew. In 1794, this paprika-based course was already mentioned as a Hungarian national dish. The artificial creation of traditions was successful – such were the ‘marketing efforts’ of the age. From here on, the word “goulash” appeared in dictionaries. Even Széchenyi mentions it in his famous work, Hitel (Capital): “many consider those a true master chef who add great amounts of paprika to everything and only those are considered Hungarian who love this.” Paprika conquered all else.

According to contemporary descriptions, goulash was typically made of mutton and not beef, since herders couldn’t eat the livestock entrusted to their care and never ate beef, there were no butchers in sights and therefore there was no way beef could end up in their cauldrons, only if an animal dropped dead from time to time. Even in such rare cases, they first dried the meat and used it only when in dire need over the winter. Paprika wasn’t always available in powdered form either, but rather it was replaced by the actual vegetable paprika.
Just as everything else in the world, gastronomy is also developed over time. Just as we no longer travel in horse-driven trains, we don’t eat the dried meat of dead animals and that’s not what ends up in the cauldron with some paprika on top.

Initially, according to the description of Ferenc Erdei: “the cold, chopped meat is added to the cauldron without any fat and the right amount of finely diced onions and water, hanging the cauldron over the fire and cooking it over high heat. The salt and paprika are added while boiling the mixture, yet only a part of the paprika is added while cooking and the rest is mixed in before the end to give it a bright red color. The dish cooked in this manner is not filled with paprika, nor is it a stew and can be either thick or thinned out with water.”

The dish obviously includes as much fat as the meat itself. Paprika also works differently in a dish like this since it’s soluble in fat, whilst in this case it’s added to boiling water, either in whole or chopped form.

The description of foreign traveler Frederic le Pay recorded a more advanced version: “meat is mostly consumed in the form of the national dish known as paprika meat; this consists of various meats or poultry meat which are prepared in the fat of smoked or unsmoked bacon with onions, seasoned with salt and red pepper (paprika) which lends the dish its name; the dish is cooked for an extended period, thickening its sauce. The other meat-based foods included goulash meat (minced meat of herders), the broth of which is used to flavor bread; and stewed meat which is cooked thick and eaten in a cold and condensed state.”

In the 1826 edition of the “Közönséges és legújabb Nemzeti Szakács Könyv” (Common and latest National Cookery Book), it is listed by the following: “goulash-meat …. add onions to a pot along with the meat and cook in its own juices, adding salt and paprika; finally, sprinkle with flour to result in a thicker sauce and cook no further.”
Gundel’s version is a soup. “Goulash is a soup-like dish made with plenty of fluids, onions and paprika with cubed potatoes and wheat pearls.”
(It’s an entirely different question how practical and economic it can be to loosen up the stew by adding water and vegetables so it would serve as ample fare for a whole group of diners.)

This is how we progressed from goulash to goulash soup. Civil cuisine appropriated it and, what’s truly amusing is that it was in this period that paprika-based dishes – which were formerly intended to represent the separation of Hungarians – started becoming popular in Vienna and Austrian territories, so much so that they continued their conquest all the way to Pest and Hungarian regions. Paprika-based courses appear as Coffee house dishes and on the tables on petit bourgeoisie families, naturally with undisputed Hungarian roots, yet with popularity indebted to the middle-class. It is also typical where they originate from; on the Great Plains, where paprika stews were known as a shepherd’s dish, the middle-class fashion of paprika-laden dishes spread more slowly. The Transdanubian region resisted this for a long time, and the fashion of paprika-based dishes only gained popularity in the twenties.

So what can we do now when Turkish butchers are selling cuts of veal at the market in Vienna as “goulasch” meat? Should we be proud of conquering the world or should we try to establish a Hungarian cuisine according to our real traditions within our country. What should we do?

It transpires from the description above that even domestically, it isn’t entirely clear what goulash is, and which version should be adopted. Perhaps we can say that from our rich gastronomy traditions, goulash – which turns out to be more of a stew – isn’t exactly our most typical dish. It seems as if paprika, which was used to cover everything and hardly yielded to the other spices, can only be considered exemplary to a certain degree. The use of paprika in resistance mirrors the rebellious Hungarian “Extra Hungariam non est vita…” mentality, which is a rather outdated approach by now.

From now on, we can treat paprika in its local value and the false romanticism of paprika and goulash won’t protect us from the curse of globalism. May all goulash soups flourish – since that is how we refer to it – and I don’t feel we should issue binding guidelines over what a goulash should be as in the case of the fish soup of Marseilles, if it bears such a name. (However, I feel Tamás Széll’s version is what is worthy of imitation and it’s what I would consider as the basis of the dish.) Yet we mustn’t think we are merely the home of the goulash soup and make the rest of the world think that our gastronomy is merely a raft drifting on the surge of its waves which have grown into a swelling torrent. Furthermore, we should take the advice of people from distant countries – according to which it’s embarrassing not to consider goulash soup as the center of our gastronomic identity – with a grain of salt. 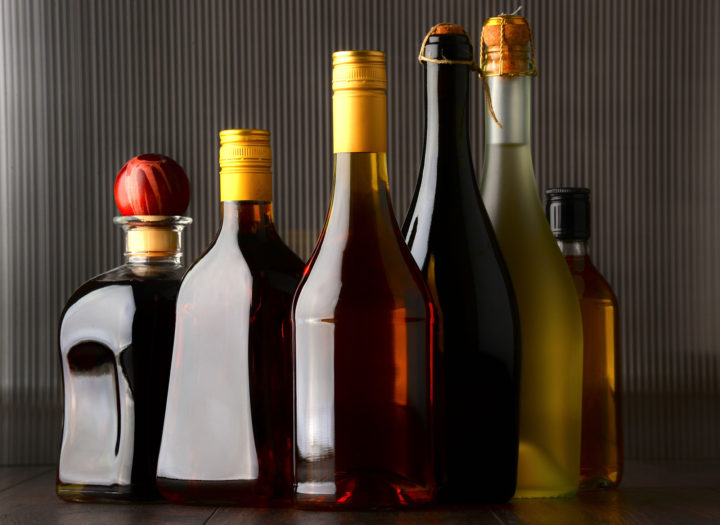